After the whirlwind of a wedding, the special time set aside for a honeymoon is the perfect way to unwind with the love of your life. The typical relaxing getaways have been tried and tested, but the rising trend of adventure and stepping out of one’s comfort zone is on the rise. In New Zealand, with the tranquillity of the Pacific right on our back doorstep, one doesn’t have to look far to find true holiday bliss.

How many words have been used to describe the Pacific Islands? Paradise, serenity, perfection—the list goes into the vast unknown. What is so striking about the Solomon Islands is the unprecedented freedom of the place. The word escape is often used over and over; enough that it loses its meaning and virtually every travel destination is an escape. The difference here is you forget everything you need to escape from. The silence, interrupted only by the ocean and the occasional falling coconut, is unimaginable.

As the underdog of the Pacific, the Solomon Islands have so much to offer, but without the constant hum of camera-happy tourists. Tavanipupu Island Resort is the epitome of an island getaway. The transit boat ride there is in itself is a dream that can only be described as such. The ocean is blue glass, rippled only by the boat’s smooth glide. The surroundings are a burst of colour, the sky and ocean reflecting the same, brilliant blue; the deserted islands heaving with coconut trees and vibrant plant life; the occasional canoer waving out from their perch to catch their daily fish. The soft tropical wind blows lightly, a gentle reminder that we are on the move to an even more picturesque destination.

The three-hour boat ride from Honiara grants access to this secluded hideaway of Tavanipupu, built for the romantic getaway. The small yet abundant resort is the sort of place one dreams of escaping to, and the eventual departure is nothing to look forward to. The secluded location gives one the peculiar feeling of being completely relaxed and carefree, yet still so engaged in all of the beauty surrounding you.

Snorkelling is without doubt an enchanting experience, unimaginable to the unseen eye. An abundance of blue ocean is home to the most vivid sea life, right at the door step of the resort’s bungalows. Coral stretches as far as the eye can see, and the fish traffic is endless. Rich purples, blues, oranges stretch across the ocean floor and build monuments for sea life to explore and hide away in. Territorial clownfish have no problems with butting snorkels and goggles when venturing too close to their sluggishly waving anemone homes. Electric blue starfish lazily lounge on coral, and schools of fish swim anxiously in their hundreds, glittery silvers shimmering from their scales. The reef is a treasure trove of colourful activity: the more you look, the more it reveals itself. Crabs scale the reef, greedily clasping at whatever they can get their pincers on; peering, curious fish, and clear, infinite stretches of ocean. Tavanipupu means ‘Passage of the Triggerfish’; however, millions of other fish happily trawl the reef.

Exploring the island on land is just as invigorating as the sea. Taking one of the provided bikes out for a spin allows you to discover creatures and sights that would otherwise remain unseen. A personal favourite was cycling to the other side of the island to the stony coastline where dozens of palm-sized crabs lazed on the sun-warmed rocks. The moment I stepped closer to get a clearer look they were on guard—an exodus scuttled into the safety of the water, cleverly camouflaging themselves with their surroundings. Continuing onwards, tropical birds whistle from overhead branches, bumpy tracks open into grassy hills and small lizards dart up tree trunks, escaping from the oncoming intruder. Experiences like this are simple, yet make Tavanipupu what it is: a magical getaway with the most simple of necessities.

The seascape in the Solomon Islands is incomparable. Pollution-free waters show how people here live off the sea. Not only is it a place of beauty and abundance, but it is a way of life deeply embedded in island culture; skills and traditions are passed down and treasured generation to generation which reflect the value of the land. We, too, went fishing and caught some barracuda and mackerel—what a thrill! A fishing experience here is an absolute must, not only for tourist purposes but an experience that can help to understand and relate to the strong fishing culture and tradition of the Islands.

The Solomon Islands have a rich World War II history, another avenue worth exploring while visiting. Ruins and rusty artillery add a historically rich and relatable connection to visitors, and well researched museums give an insight into the important time in the Islands’ history. Kennedy Island itself has an important significance where the namesake president was saved by a local from being stranded following a mishap at sea during World War II. Solomon Islanders are reverent of their historical connection with the war, and are still moving forward from the destruction it left. However, there is a pride in their involvement in the war, and how far they as a nation have come since then. Both Gizo and Honiara have information rich exhibitions that commemorate the war, and are well worth the visit.

As far as honeymoons go, the Solomon Islands puts itself on the map for romantic retreats. While the Islands offer utter relaxation and escapism, they also have plenty to do, plenty to explore, and plenty to see; all while being immersed in a vivid culture. So many places around the world have been done. The Solomon Islands is still off the radar; a new experience that will make your honeymoon one to remember. What’s stopping you? 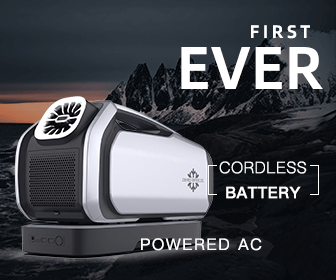